Hooker FAIL, shamed by School Board 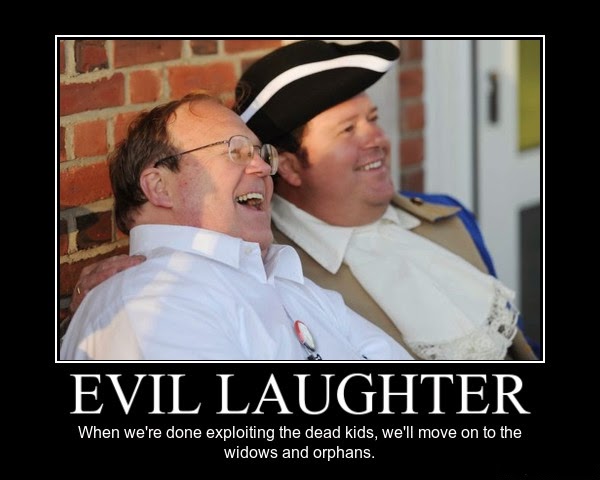 As reported here, Fetzer and Halbig were on their way to crash the School Board Meeting.     Whatever the plan was, it flopped as no one took the bait and they were left looking like the insensitive, ignorant douches they are:

NEWTOWN -- They came and they spoke, but their words fell flat with a respectful but thoroughly disgusted audience.
A dozen or so self-described skeptics of official accounts of the Sandy Hook school shooting appeared Tuesday night at the Board of Education meeting, each taking the allotted three minutes to address pointed questions to board members.
Wolfgang Halbig, the most prominent member of the group, raised questions about everything from the scale of police response that day to their refusal to accept his expert help in analyzing the event. He suggested that his legitimate efforts to get answers have been thwarted, and accused board members of toeing an official line.
"Board members, these are your children," Halbig said. "We want answers. We want truth.''
But board members refused to take the bait, remaining silent throughout presentations by Halbig and several of his supporters who followed him to the microphone. The audience, which included First Selectman Pat Llodra and several other town officials who had come to support the board, also stayed silent.
The only public response came from Newtown resident Jim Fitzpatrick, who was the last to speak. Unable to let this group have the last word, he said, "It's a shame to see this circus come to town, and I'm offended by the people who have come, and these conspiracy theories. Newtown has conducted itself wonderfully.''
He was greeted with a round of light applause, quickly waved silent by Board Chairman Debbie Leidlein.
Halbig, a former Florida state trooper and U.S. Customs inspector, describes himself as a school safety and security consultant. He claims to have given school safety training and assessments to thousands of school districts nationwide, and to be a frequent speaker on safety at school board conferences across the country.
He is one of the more prominent of those who question official accounts of what happened the day of the school shootings. In numerous interviews he has criticized police response as inadequate, and on his website, sandyhookjustice.com, he poses 16 questions he says officials have never satisfactorily answered about the event. He also claims to have been threatened for persisting in his efforts to get answers to those questions.
Halbig's "16 Questions" have become a regular theme among online writings by conspiracy theorists, who began raising questions about Sandy Hook within days of the mass shooting that killed 20 first-graders and six faculty members on Dec. 14, 2012.
School and civic leaders have done their best to ignore these theorists.
Before the meeting, Llodra declined to comment on Halbig's appearance, saying she would rather keep her sights on doing what's best for her town and its residents.
"We know what happened to us and to our community, and our families and our schools, on Dec. 14, 2012," said Llodra, who took a seat at the board table to show solidarity with the members."We want to be as transparent as possible, but we have things to do on a daily basis, and this particular level of dialgoue I'm referring to our attorneys."
None of the victims' families attended.
The strategy of town and school leaders was to give this group as little attention as possible. And it worked.
A half-hour before the meeting started, Halbig's followers rallied in front of the Municipal Center. One man dressed in a Revolutionary War-era uniform wave a hanging effigy of Governor Dannel Malloy.
At one point when the group blocked the sidewalk, town officials asked them to stand on the grass so as not to block the walkway. A policeman was then posted at the front door, and the door locked until the meeting was ready to begin.
When public comments concluded, the group left the room, with a police officer standing guard at the door to assure an orderly exit.
Earlier Tuesday, a group of Halbig's supporters visited the Danbury offices of the
United Way of Western Connecticut, demanding records about the use of charitable funds collected on behalf of the Sandy Hook community. Chief Executive Officer Kim Morgan said the group was told that all financial documents for the non-profit agency can be found online.
"I would prefer not to give them a voice in the mainstream media, and to reassure the public that all of our financial documents are online and can be accessed by anyone,'' Morgan said.
Seven members of the group, some carrying still and video cameras, then visited the offices of the News-Times, asking to meet with a reporter. A News-Times editor met with one member of the group, Nevada attorney Day Williams, who asked for a story about their visit to United Way, but the request was declined.
School board members used the door on the opposite side of the "truthers'' to enter the building.
Noting that he has served with many school boards over the years, newly installed Superintendent Joseph Erardi Jr. was clearly impressed with how the board handled such a sensitive event.
"I was incredibly proud of the school board this evening," he said.
One audience member, though, couldn't quite contain himself, adding as Fitzpatrick finished his comments.
"It's crazy," he said, shaking his head. "It's sad.''

Photos of the idiots on parade: 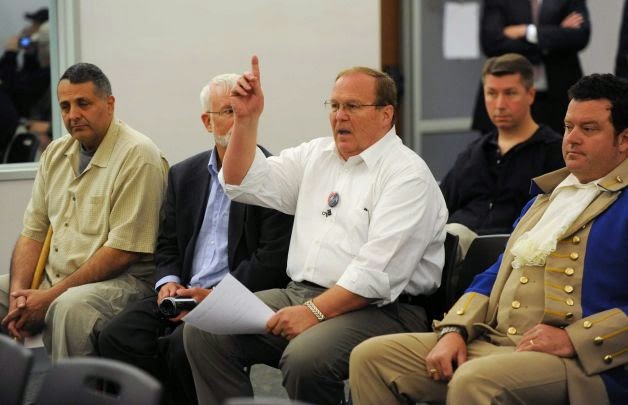 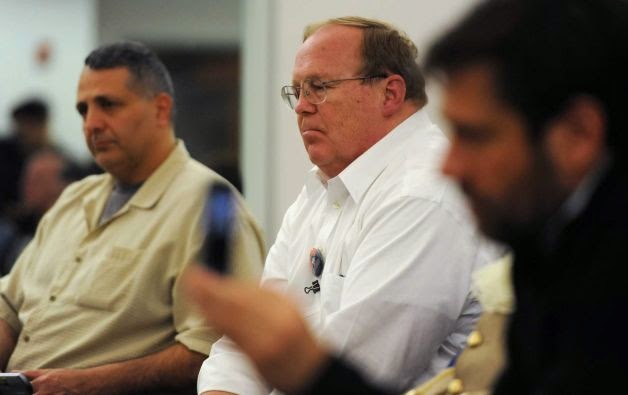 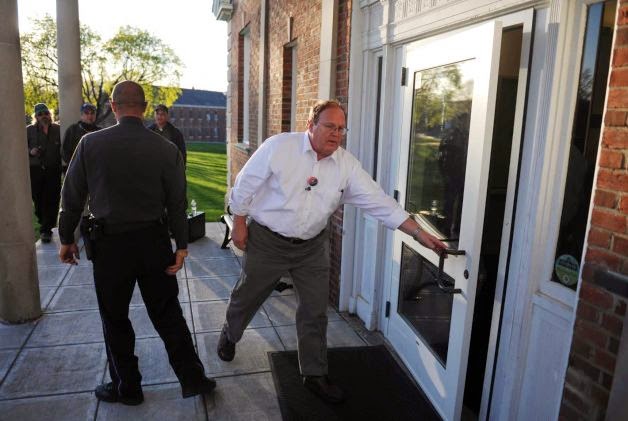 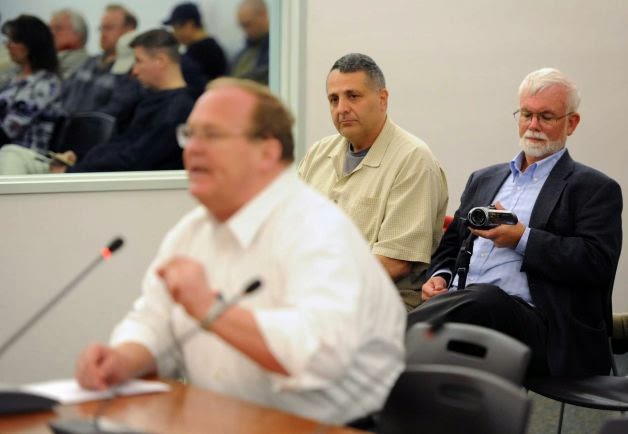 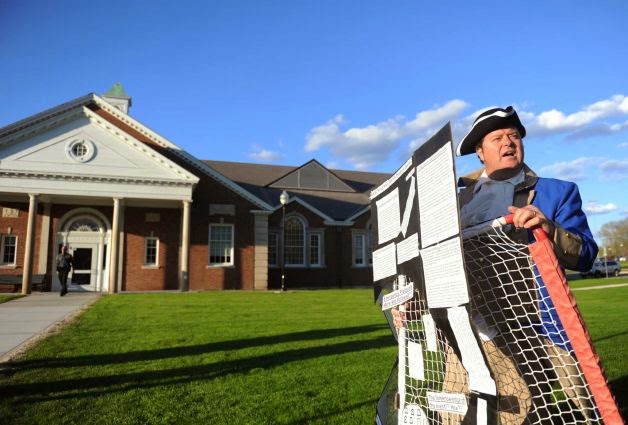 This one on Fetzer found on the Interwebs and posted for laughs.  Cuz after this sick Hooker fiasco Fetzer deserves everything coming to him: 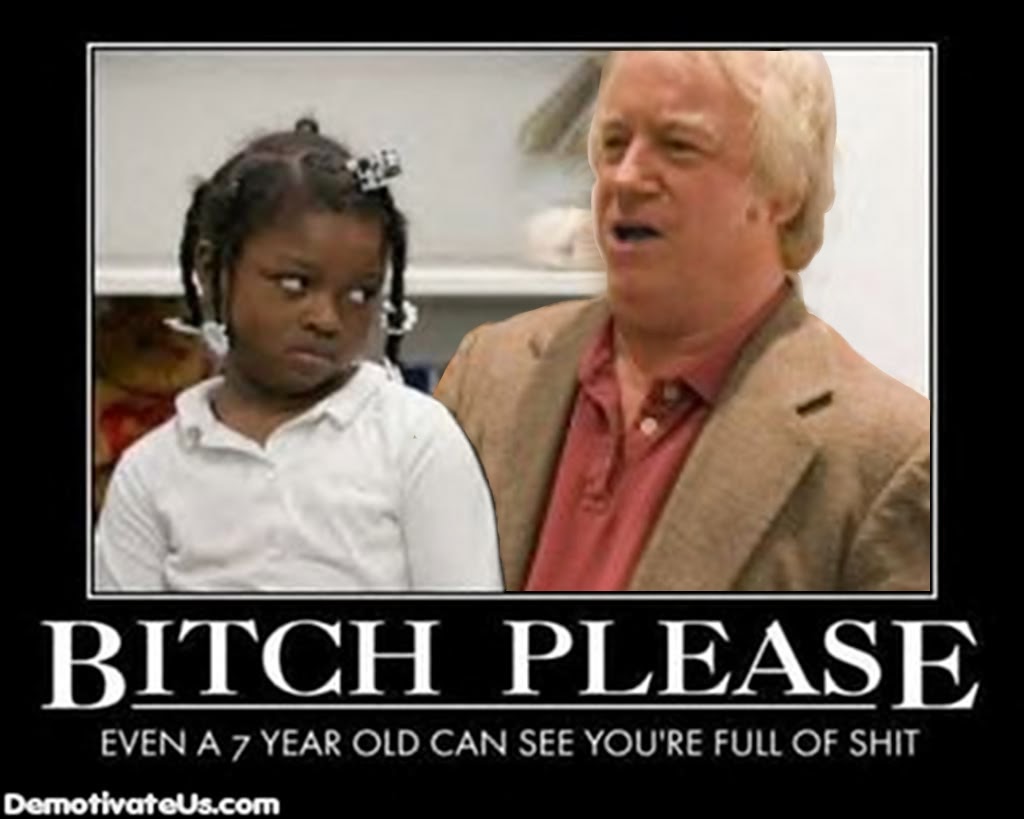 READ ME BEFORE WATCHING
OR READING ARTICLES
before you view this site and its content.

This was originally the blog of one person. Now there are a couple of us posting when the urge strikes. If the Hookers keep coming back, that urge will strike more often.

We in no way support the Sandy Hoax Truthers. Unlike this dishonest idiot, this blog is to track the organizations and individuals stalking, harassing and spreading the vicious lies about the Sandy Hook victims, witnesses and survivors.
IF YOU FIND YOURSELF ON THIS BLOG AND WISH TO HAVE YOUR INFORMATION REMOVED, LEAVE A COMMENT INDICATING YOU HAVE RETRACTED YOUR ACTIONS.

For those who are unrepentant in stalking, harassing and spreading these lies there will be no mercy.

Have a nice day.

Your rage is understandable.
You want to give one of these douches a piece of your mind, a la the harassment they're giving Gene Rosen.
But you don't want to find yourself accused of harassment or worse.
Here's some tips and tricks:

1. Use an anonymous/disposable email. Set up a new email account that has nothing to do with your identity.
2. Avoid profanity.
3. Do not threaten anything illegal.
4. Feel free to spam them if you're using a disposable email. Once a day until they've retracted should be about right.
5. Offer advice to get help leaving cults.
6. Feel free to talk to them like small misbehaving children, since that's what they act like.
7. Ask your friends for help shaming them.

I noticed you are spreading vicious lies about Sandy Hook survivors[list victims/survivors if applicable] at this website[url]. You ought to be ashamed of yourself for saying[list accusations]. Whatever you believe, it doesn't justify slandering, harassing and stalking people already traumatized by these unfortunate events. Everything is not a conspiracy. Please stop.


Keep it formal and free of profanity and they won't have a reason to claim hypocritically they are being stalked/slandered.